I was kindly offered american dollars in exchange for publishing my game(s) of the year list, but hey, that sounds like a lot of work. Instead, I paid (the far more popular) William Pugh in E-X-P-O-S-U-R-E. With the assistance of Twitter DM, I bring you:

Hello my name is William Pugh I’m the DIRECTOR at Crows Crows Crows (an indievideogamestudio). I’m typing this out in notepad.exe because my internet was cut off because “we unfortunately don’t operate via a pay what you want system”. Well you know what Virgin Media? It is pay what you want and I don’t WANT to pay you money. I co-created The Stanley Parable and I shouldn’t have to pay people money in order to bring forth beauty into the world. FUCK. Anyway there’s going to be some spelling mistakes and I can’t fact check any of this but I’ll do my best and upload it via USB to twitlonger when I’m done.

This was a game by Blanto Zampo and it was a great video game experience. So you play as about 20 multicultural people (male/female/robot) and you’re always on the phone to somebody but they’re shouting at you and calling you a cuck. I don’t know what a cuck is but at this point that’s purely through a concentrated force of manufactured ignorance.
You walk through a forest and there’s always crazy characters screaming memes at you. It kinda evokes feelings of Andy Sum’s good game. It got patched recently to make one of the characters like girls in order to make her more relatable to all the weird men masturbating to her but unfortunately they didn’t patch her awful faux-british accent. I feel like I’ve seen an animated gif of her sucking purple-spider-girl cock and I heard Olly Moss did the art which was really good and I’m glad he took my advice to focus on smut (which pays way better than game art). There’s also a portion in the middle of it where you’ve got to name 12 different types of tree but that was just before the 2 hour mark so I quickly quit out and asked for a steam refund.

After seven years you’d hope it’d be good but to be honest you need to respect Phil Fish for finishing this thing regardless. I know after Super Meat Boy he felt like he didn’t want to make video games anymore but I think he didn’t really need to worry since this isn’t even a video game by most people’s standards. I loved walking around and looking at all the diagrams – I think there was a bug because most of the pictures were black for me. I tried to ask Phil about it by calling up his parents and screaming inaccurate racial slurs down the line but they told the police and apparently it’s “invasive” and “illegal”. Though in my defence I’m a gamer so I obviously don’t know any better. 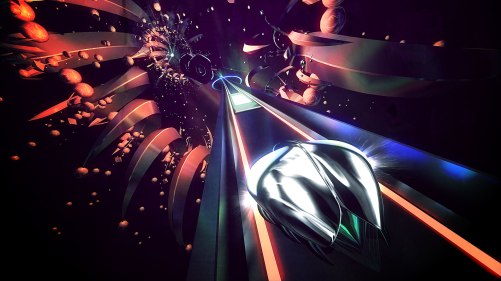 I loved Thumpster. It’s the only game that has a character that I feel accurately represents. It represents. My neighbour wanted to try VR so I put superglue on my headset then jammed it on his face & held him against my chest until it was stuck to his skin and hair. Once he stopped screaming I told him I’d only give him the solvent to dissolve the glue once he’d completed Thumpster. I am still awaiting trial. I am going to represent myself.

I love this game because it’s not actually about Mario at all. It’s about TOADS and TOAD Collection. When you do a trick in the game TOADS are impressed and they decide to leave their loved ones and travel to your rainbow empire and live in houses that are larger versions of their heads. All of this because of an impressive backflip! I love it when all the little TOADS get sucked up the red pipe at the top of the screen and when the ONLY FEMALE TOAD waves her flags up and down. When I lose TOADS to a rival rainbow empire I get so angry. I jump up and down and scream “WHERE DID MY TOADS GO???” I have Hillary Clinton as a MARIO GO friend though she uses a Barack Obama Mii as her avatar. I don’t understand much about this game but Nintendo clearly know how my brain works. They’ve been watching me since childhood and know I crave TOADS. 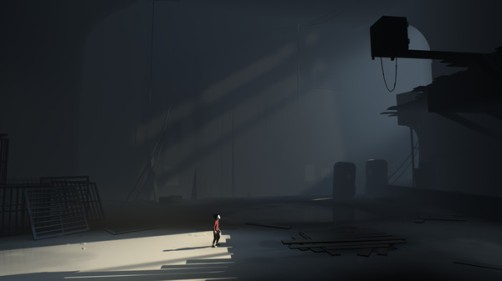 INSIDE was a fabulous game that turned out to be FROG FRACTION 2. It’s really clever because people were talking about INSIDE for ages but if you move the letters around you can make INSIDE spell FROG FRACTION 2 really easily. I’m not a virgin who doesn’t have anything better to do so I didn’t figure it out, but smart professor virgins who’ve dedicated their lives to figuring pointless shit out like this did so I didn’t have to! Well done professor virgins you really did a great job this time!

I also liked the antialiasing and how everybody was a zombie at the end. It really had a great meaning and I’m going to enjoy flesh a lot more in my everyday life now. Woopee!!!! Yesss!! 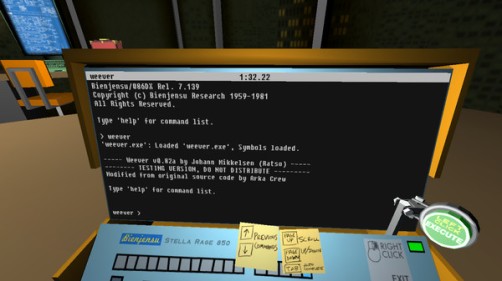 Gravity Bone 3 was great if a little bit too long. It definitely replicated the feeling of computers being shit by both utilising that in gameplay and also by being optimised for windows 98. My favourite part of the game is the ending, where you play tennis for ever. The decision not to have any credits or to even tell you that the game had ended is a continuation of brave artistic decisions by Brendon Chung.

NUMBER TWO: THE US PRESIDENTIAL ELECTION

Not much to say about this one. A hugely inspiring mix of immersive theatre, ARG and real world gameplay. Being shouted at by little invisible people in your PC was great and they did a fantastic job at porting the experience to mobile. I thought it would’ve been a shame if couldn’t be enjoyed much offline but I found myself still thinking about it no matter where I was. Whoever did their press was amazing because I literally couldn’t avoid reading about the unfolding horror. I kinda wish I’d been able to vote in the final stage?? But still an overall brilliant job by Tale of Tales who should be proud of bouncing back from Sunset so quickly and taking the world by storm.

Okay here we are. SUPERHOT is a modern day masterpiece. It’s depiction of a world where most colours have been erased is compelling and terrifying. It feels like the Matrix but with the colours inverted and the hue shifted 90 degrees. I liked how it gave a writer a job to do in a game that screamed to be undiluted by narrative. The ability of the human species to see something perfect and then add something unnecessary is beautiful. This reminds me that despite my potshots and mockery of others I will likely continue to struggle and flop, ineffectually towards work that will inevitably become a parody of itself and me and I shouldn’t be so quick to judge.

It also reminded me of myself because I too often shout my own name at frustrated people as I mistake volume and repetition for wit and style.

sorry if I was too mean HonestWilliam

That’s all, folks! Thanks for reading, and thank you to Will for this fine, fine content. Be sure to follow William and CrowsCrowsCrows on Twitter. Be sure to buy everything that he/they have produced. Be sure to let the IGF know that he would be a better host than whoever else they have in mind. Be sure to enjoy the rest of your day. ❤